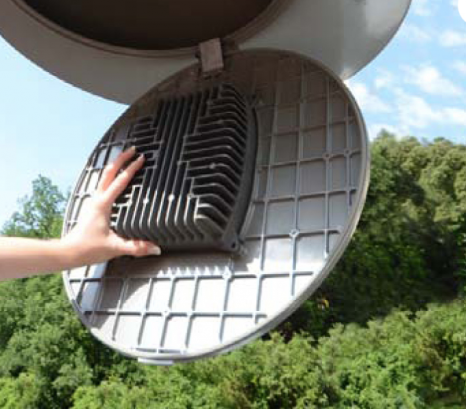 For over 100 years, lighting has not stop evolving, confronted by different economical and environmental crisis. Today it is certain that the LED is becoming the new light source and will come in to replace some of today’s more common light sources.

This change in technology is already going ahead and implies another way of looking at it, as we always compare a technology to another even though they are totally different. We simply went from analogical to digital and it is certain that nothing will be the same as before.

As an example the yellow car head lights went to white light, and are now going to evolve from xenon light to LED light in the future.

The interest in LED is due largely to its low power consumption, very long life span, its consistency and stable characteristics and also its respect for the environment (zero mercury and zero lead), and of course its low CO2 emission. Maintenance also contributes to economic and eco energetic attributes of the product. Due to its long life span, having no heavy or toxic metals, the recycling is nearly inexistent.

OPTICALED – retro fit LED street light module can be supplied fitted into the majority of our luminaire range giving you the same level of style and functionality with the technologically advanced, low energy and low carbon benefits of LED lighting.